So the bad news first…There won’t be another Frequency Drift album or live performance, at least not in the foreseeable future. After 8 albums in little more than a decade we feel we have said everything we wanted to say as FD. We’re very proud of everything we have released, and we’d rather end this with a strong and heartfelt album than keep going just for the sake of it.

Thank you so much for your amazing support over the years! ❤️

Now for the good news: We hope you will continue to follow us because we haven’t stopped making music! In fact all FD core members are working on new musical adventures, both solo and collaborative ones. We’ll be sharing news about our projects here and on our social media, and we will also post about our back catalogue from time to time, so please stay tuned!

NOMINATION FOR THE 2019 PROG AWARD!

Please VOTE for us HERE: https://bit.ly/2Rk92It

We’re so excited and honoured to be nominated for the Progressive Music Awards 2019 in the Limelight category! Now we need your help!
Voting is now open at and we’d be very happy and grateful to get your vote! Thank you all for your support! ❤️

We have a new tour trailer!

Release day for “Letters to Maro” 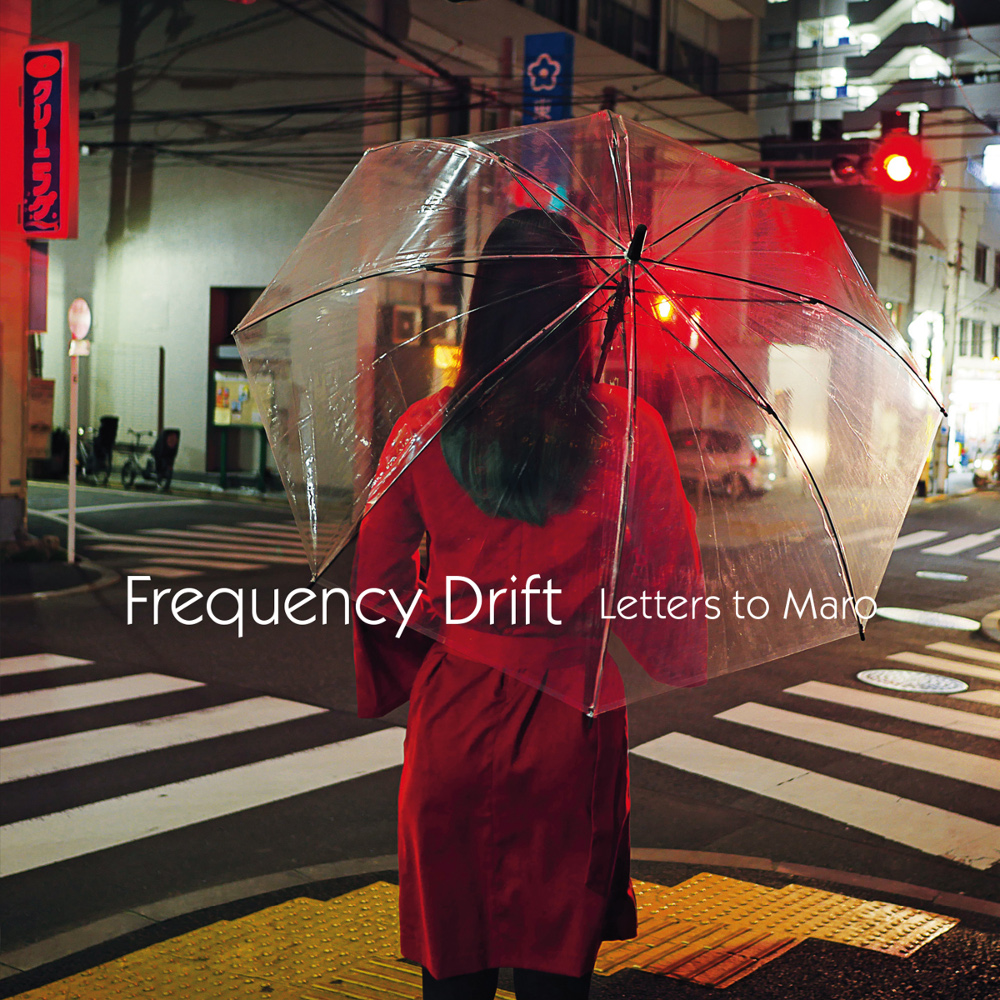 So here it is – the cover of our upcoming album “Letters to Maro”, scheduled for release on 13 April via Gentle Art of Music/Soulfood !

We are also thrilled to tell you that for the first time in our history, there will be a limited double vinyl edition! 🙂

Merry Christmas and Happy Holidays everyone, and all the best for 2018! Next year will see the release of our new album!

Meanwhile, we hope you enjoy our new cover video of The Hollow Man from Marillion’s fantastic album Brave – arranged for electric harp, wavedrum, keys and vocals. 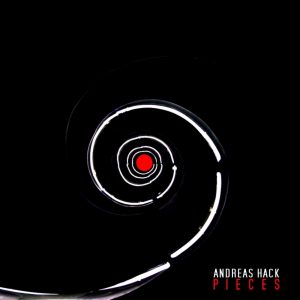 Originally released in 2015 by Mellowjet Records, Andreas’ first solo album is an evocative suite of instrumental pieces with cutting edge synth sounds. It is now available as hi-res 24 bit download on the Frequency Drift bandcamp site, and all revenues will be used for the new Frequency Drift album! Making an album requires a lot of time, effort and money, and the costs for recording, mixing and making videos have always been covered by the band – so if you wish to support us, buying from our bandcamp is a great way to do so! 🙂
The new version of “Pieces” also includes a brand new bonus track.

Thank you so much for your support!

Our singer Irini Alexia writes about her favourite Frequency Drift songs. Have a look here!

Our singer Irini Alexia has started a blog about her work with Frequency Drift
and all the things that inspire her. Have a look here! 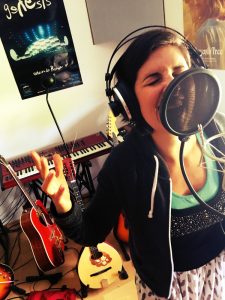 Here are some pictures from the recording sessions of our 7th studio album! The sessions have been intense and a lot of fun, too – especially working with our new singer Irini Alexia who is contributing many fresh ideas.
We are really excited about the new material! It has once again taken us into a new direction regarding songwriting and production while having all the FD ingredients – and the strongest vocal performance in our career! There is no release date yet, but we’ll keep you posted.

According to ProgSphere we’re one of Germany’s 20 Best Prog Bands.
Click here to read the full article.

You can now listen to “Mermaid” performed live at Planetarium Nuremberg, featuring our new singer Irini-Alexia Terzakis on vocals.  Recorded on 21 April 2017.

Today we’d like to present to you our new singer Irini-Alexia Terzakis.
She is truly amazing and a perfect fit to our music.
Our first performance with her will be on the 21 April in Nuremberg.
For tickets and more information click here.

We have just posted a nice drum cam video of “Hidden”. 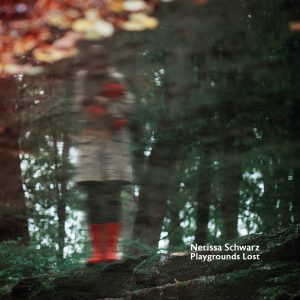 Playgrounds Lost is available as a beautifully designed digipack CD and download via the Frequency Drift bandcamp site, where you can also have a listen, and in our webshop.

Composed and performed on electric harp and mellotron, “Playgrounds Lost” is a haunting, cinematic album with adventurous sound design.

For more information please go to Nerissa homepage or her facebook page. 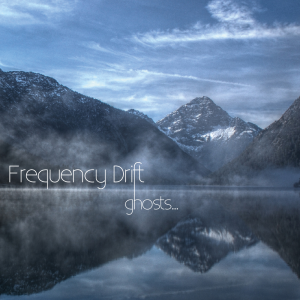 “GHOSTS…” TO BE RE-RELEASED!

Due to frequent requests, we have decided to re-release our out of print album “Ghosts…” for its 5th anniversary.

Completely remixed and remastered, it also contains a bonus track: A new recording of Mermaid based on the live version of the song and performed by our current line-up. Mermaid 2016 features the beautiful vocals of new singer Nadja Jaye as well as a harp solo that will challenge your perceptions of what a harp sounds like 🙂

“Ghosts…” will be available at our merch corner at Night of the Prog festival next Saturday, and in our webshop and on our bandcamp page from Monday, 18th July. To pre-order, please go to our webshop: http://frequencydrift-shop.com/

GOOD NEWS for everyone who downloaded the 2015 Ghosts remastered version from our bandcamp page: We will deduct the original price from your Ghosts 2016 order (both physical CDs and downloads) if you buy the new version from our webshop! More details soon…

Four years after a wonderful gig and fantastic reactions from the audience at Night of the Prog Festival, we’ll play there again on Saturday, 16 July 2016! We are very happy to return to this great festival and beautiful stage. For more details please head to our tour section.

New gigs! The tour section has been updated!

Read what Andreas and Nerissa have to say about emotions and moodshifts in Frequency Drift’s music, the stories and inspirations behind “Last”, future plans and a lot more.

There is a two-page interview in the current Polish issue of Metal Hammer, plus further interviews and features in German magazines Break Out, Slam and Orkus and an in-depth conversation (in German) in rock webzine Monkey Castle. 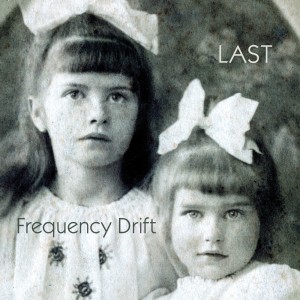 Today is the day – our new cinematic album “Last” has been released! First reactions have been fantastic so far, with 8 out of 10 in renowned German magazine Eclipsed and 9/10 on the site The PROG Mind. In case you have not heard it yet, you can now check out the album in its entirety on Progstreaming!

Whether you have been with us for a while or just discovered us, thank you so much for your support! It really means a lot to us!

Best wishes to all of you,
Andreas, Nerissa and Wolfgang 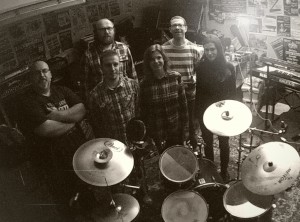 Watch the official video for our new song “Merry” here!
You can PRE-ORDER “Last” here and get an exclusive download bonus song!

6 December 2015
The first teaser for the upcoming album Last is here!

This website uses cookies to improve your experience while you navigate through the website. Out of these cookies, the cookies that are categorized as necessary are stored on your browser as they are essential for the working of basic functionalities of the website. We also use third-party cookies that help us analyze and understand how you use this website. These cookies will be stored in your browser only with your consent. You also have the option to opt-out of these cookies. But opting out of some of these cookies may have an effect on your browsing experience.
Necessary Always Enabled
Necessary cookies are absolutely essential for the website to function properly. This category only includes cookies that ensures basic functionalities and security features of the website. These cookies do not store any personal information.
Non-necessary
Any cookies that may not be particularly necessary for the website to function and is used specifically to collect user personal data via analytics, ads, other embedded contents are termed as non-necessary cookies. It is mandatory to procure user consent prior to running these cookies on your website.
SAVE & ACCEPT